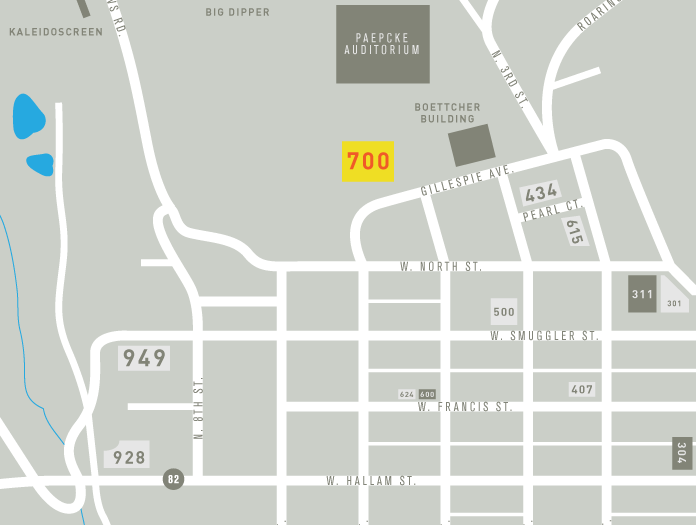 In 1961, physicists George Stranahan of the Carnegie Institute of Technology and Michael Cohen of the University of Pennsylvania asked the Aspen Institute to consider the creation of a research center where theoretical physicists might gather in the summer, much like the visiting musicians of the Aspen Music Festival, and the speakers at the Aspen Institute and IDCA.  The goal was to remove the scientists from their normal environment, to inspire new achievements in their work.  The Institute agreed, and a portion of the seventy acre Aspen Meadows campus was devoted to the group.

In 1962, Herbert Bayer, with Harry Ellenzweig as assistant architect, designed the Aspen Institute for Theoretical Physics, a one-story, terne-roofed structure of cinder block and redwood, with offices for 45 physicists and a walled patio for social gatherings.  A second structure was added for the organization in 1997, designed by Harry Teague.