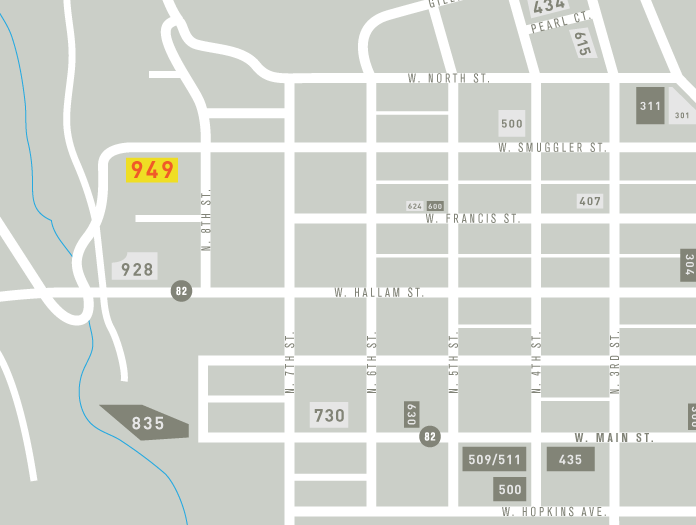 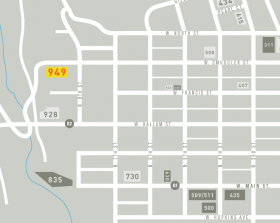 Tom Flynn, Billy Fiske, and Ted Ryan were among the first to acknowledge Aspen’s potential as a premier ski resort and were the principal investors in the Highland Bavarian Lodge, a Chalet Style structure built in the Castle Creek Valley in 1936.  The development of the Highland Bavarian Lodge was the first attempt to emulate European resorts, a trend that would continue for over thirty years (well  into the 1960’s) as the town tried to prove its legitimacy to tourists, and compete with famous destinations such as St. Mortiz and Chamonix.

949 W. Smuggler, built in 1946, is a highly decorative, classic example of the Chalet style, and was likely the first example built in town, just as the first chairlift was opening on Aspen Mountain.  The house appears to be as originally designed.  Built for a family from the Denver area, it is an example of an early ski vacation home in Aspen.