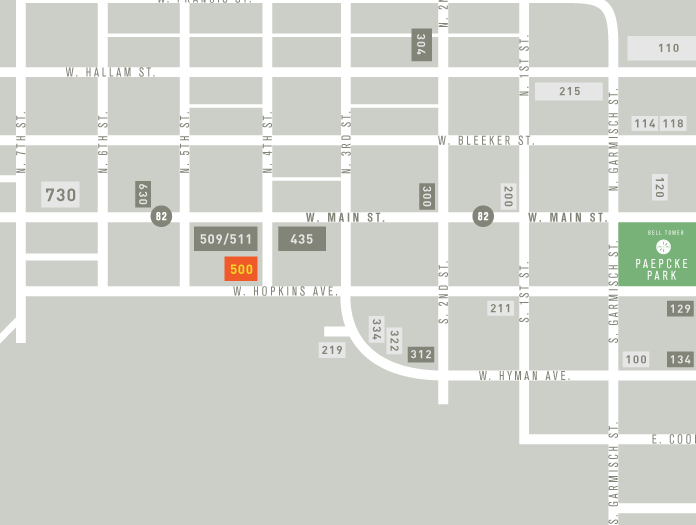 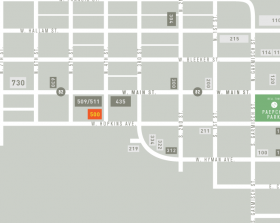 The Boomerang Lodge was designed by Charlie Paterson, a student of Frank Lloyd Wright.  Similar to other Aspen architects Robin Molny and Fritz Benedict, he spent three summers studying at Taliesin East under Wright’s direction.  At Taliesin the fellows were encouraged to work on their own plans, after hours, in the evenings, and during breaks, and Paterson drew the plans for the Boomerang Lodge as it exists today. It continued to evolve organically. Twelve rooms, a lounge, and a pool were added in 1960. The novel underwater window, featured in a 1960s Life magazine, allows guests in the lounge to look into the pool. Other expansions took place in 1965 and 1970. Paterson described its Wrightian features—walls and fireplace of “concrete battered blocks, windows with ‘corners of glass’ . . . sort of a Frank Lloyd Wright signature.” Though Paterson designed other structures, he never listed himself as an architect in the Aspen directory. The Boomerang Lodge is his life’s work. Its distinctive façade with windows organized into a horizontal band just under the extended eaves provides a direct connection to Taliesin that inspired much Aspen design.