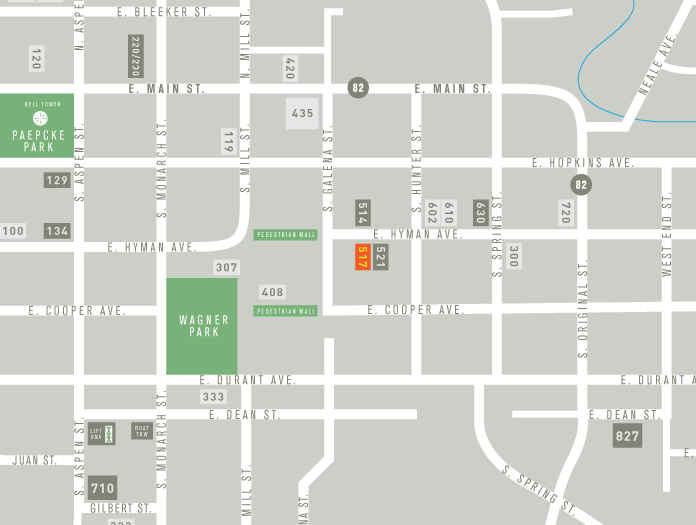 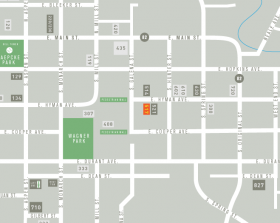 The building at 517 E. Hyman Avenue was built in 1960.  Originally occupied by a retail shop, the front façade was brick with a Chalet inspired roof overhang attached to the front.  The local eatery Little Annie’s opened in 1972 with a new façade (which still exists today) to represent the pioneering history of the community.

Little Annie mine, on the backside of Aspen Mountain, was one of the first successful silver producers in the Aspen area.  Part owner “Three Fingered Jack” Atkinson is said to have built the Sardy house from one week’s earnings from the mine.

In the 1960s, the Little Annie’s basin was proposed for ski area expansion, which never came to be.  A collection of remaining mining era cabins and other rustic buildings on mining claims dotted the area, occupied by residents willing to live a somewhat eccentric and primitive lifestyle so representative of Aspen at the time that it inspired restaurateurs to namesake what would become a beloved local watering hole.

517 E. Hyman represents Rustic style buildings of this period, typically hand-built cabins, which exemplified the spirit of adventure, romance, and ruggedness of the Rocky Mountain west at a time when leisure travel grew exponentially.  Little Annie’s restaurant represents this motif, though beyond the front façade the building is dissimilar from other local examples.