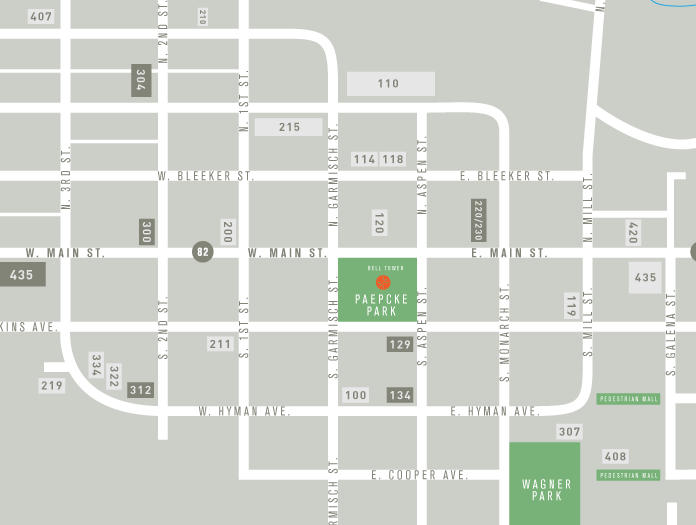 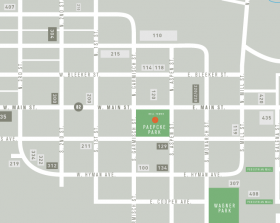 The Bell Tower was constructed during the Depression Era in the 1930s as a Works Projects Administration “WPA” project.  The WPA was part of the New Deal which employed millions of unemployed people to carry out public works projects. It was moved to its current location in Paepcke Park from the fire station in 1954. It is an octagonal structure with a small cupola that rests on the roof.  The base and the cupola are sheathed in half-sawn logs. The underside of the roof is 1” x 4” tongue and groove.  The Bell Tower, which no longer has a bell, represents Aspen before it became an international ski resort.  It is one of the few structures that were built during Aspen’s quiet years.